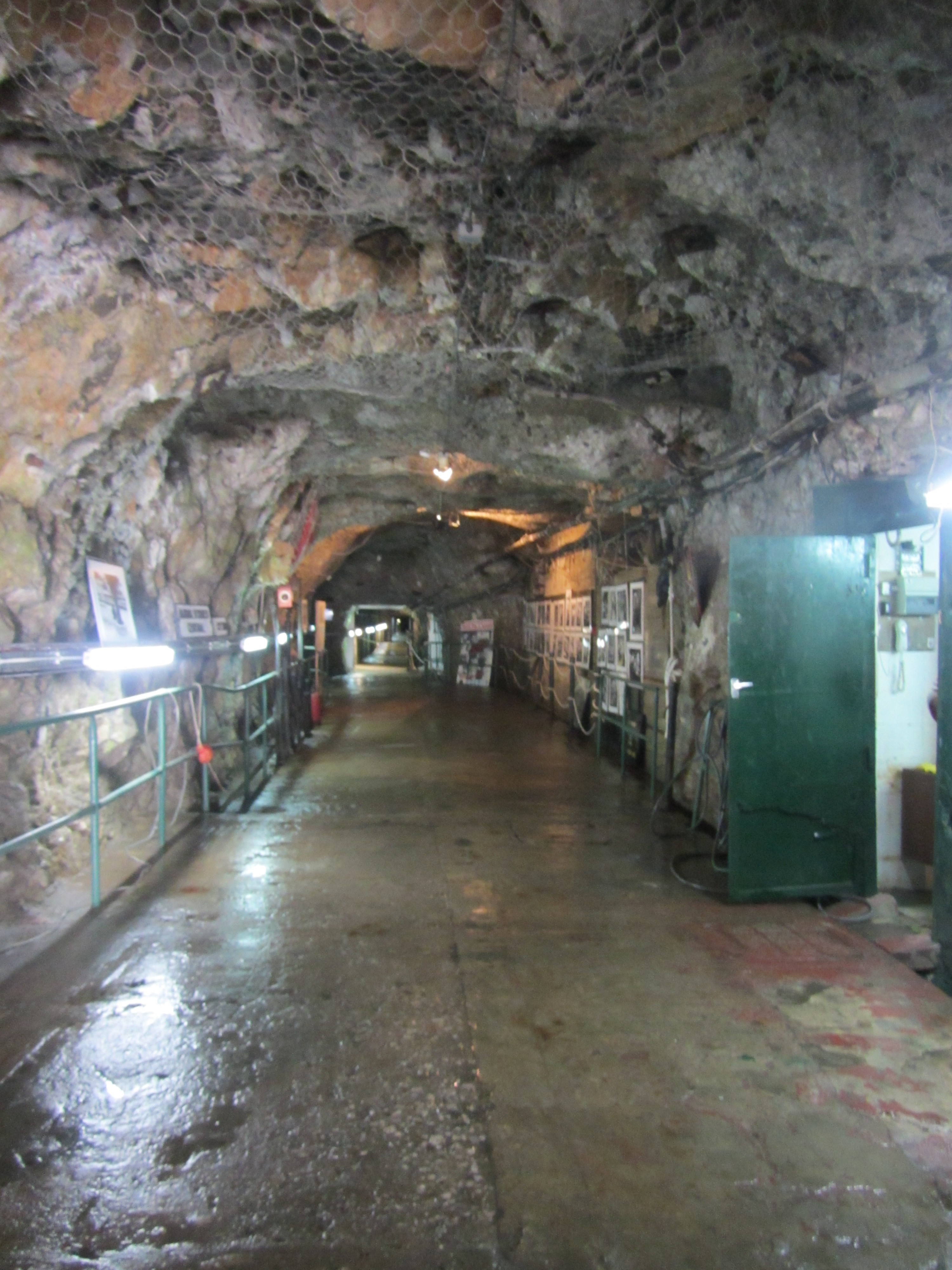 The hidden tunnels and history of Gibraltar.

Today I visited the World War  II tunnels found inside the Rock of Gibraltar.  It turned out to be a lot more fascinating than I was expecting.  I learned a lot about World War II in school, but I never really remember talking about Gibraltar.  As it turns out there is a lot of history behind it. 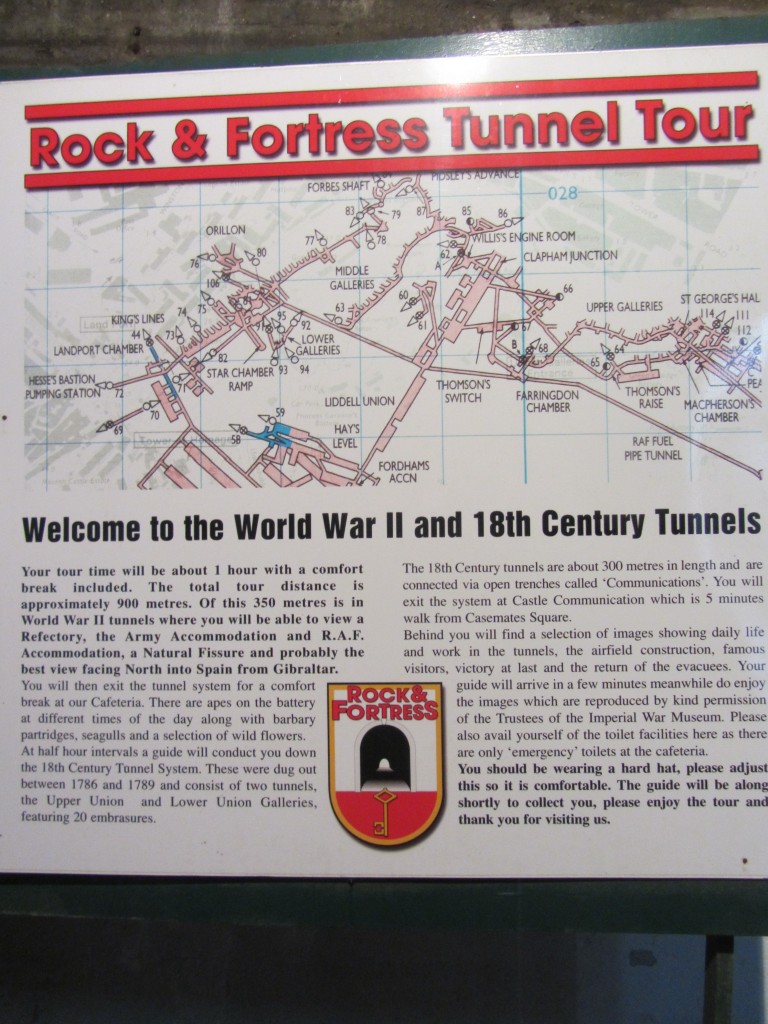 History of the WWII tunnels

During 1940-1943 5,000 troops stayed hidden in a complete city built inside the rock of Gibraltar.  They lived inside the Rock six days of the week and could only leave to go outside for a while at the end of each week.  On that day they could leave they had a few options of things they could do outside swim, shower, soccer, or just relaxing in the sun.  Men worked three rotating shifts of eight hours each; eight hours hauling rock, eight hours guard duty, eight hours sleep.  They ate canned foods and fresh fruit from Morocco and were given barrels of tea to drink while they worked.

It was amazing how many things were done so that they were not discovered!  When they cooked, to avoid smoke being seen they used water to dilute the smoke.   There was one balcony they were allowed to go on on their break.  To make sure the entrance to the balcony could keep out bombs and bullets three walls were carved out that you had to weave through to get in our out.  There were also always guards everywhere so that the Germans could not discover the little city. 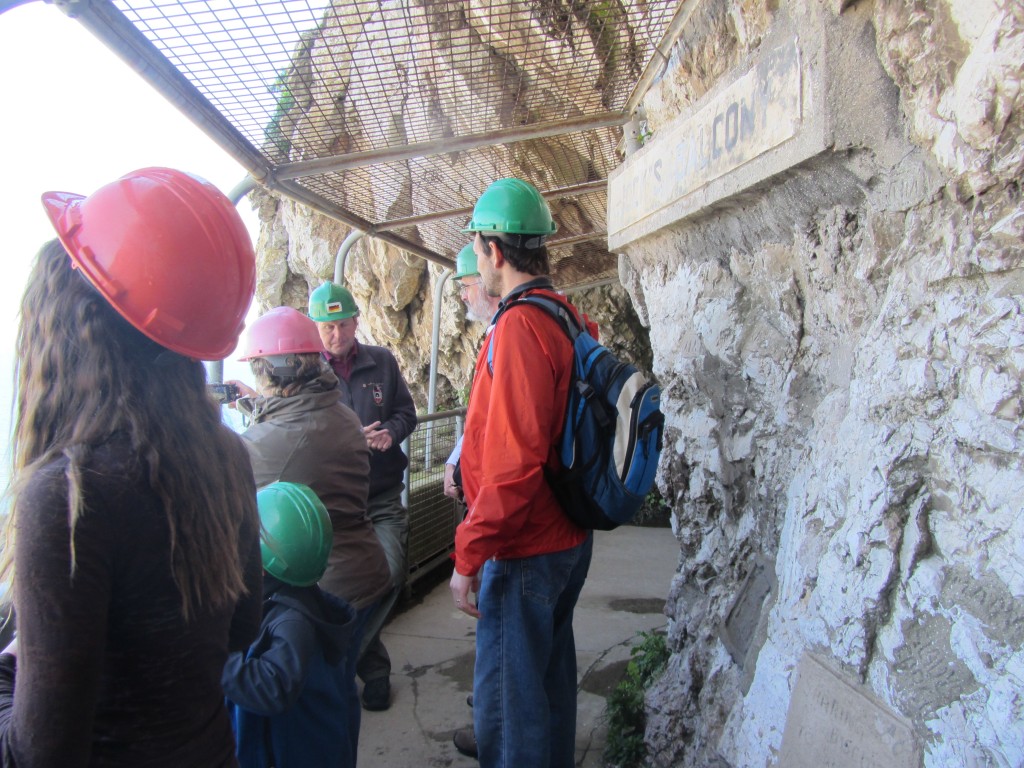 There were lots of people in each sleeping quarter.  One of the things I found interesting was that each sleeping room had windows and curtains.  They were there to give the illusion of the rooms being inside to keep the men from going insane. The rooms had to be built two feet away from the rock wall so that there would be airflow. Each sleeping quarter were all exactly the same layout and marked with a different letter.  There were so many tunnels in the rock that each tunnel was named to keep people from getting lost.

The tunnels were just opened to the public in 2005.   Some of the people who had lived in the rock for those three years came back to revisit their old home.  One man came back who was one of six volunteers who were to stay behind sealed hidden in the tunnels if the rock were to be taken by the Germans so they could spy.  On his visit he found a picture of himself back when he was living in the rock! 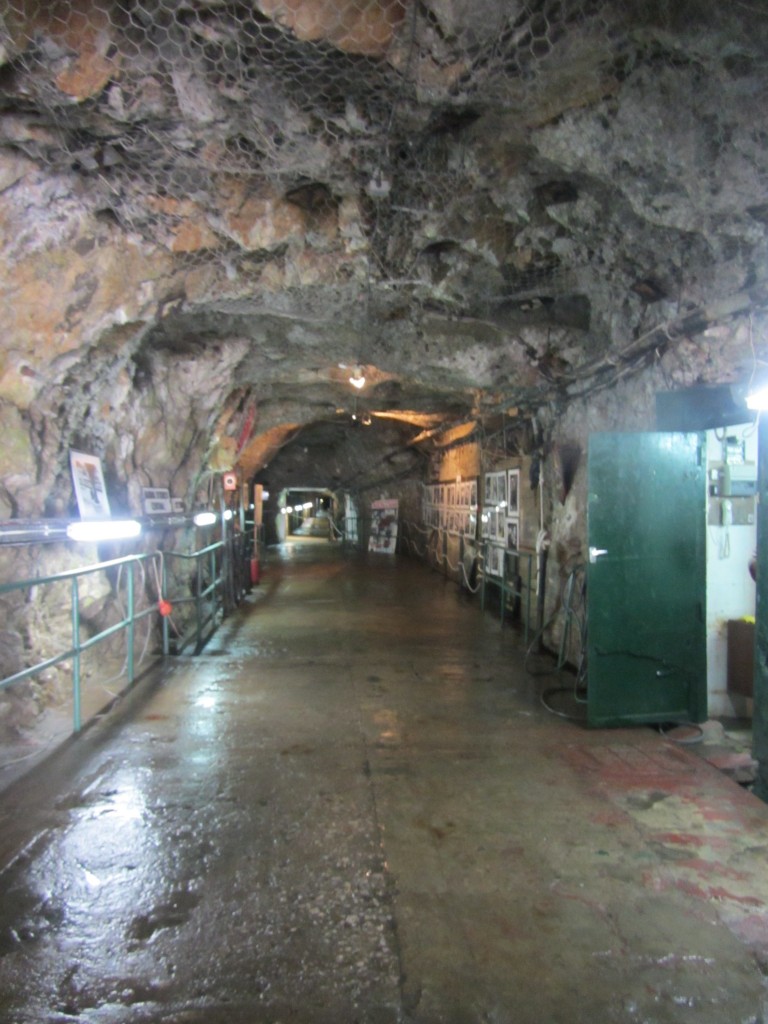 Our guide who brought us through the tunnels had been in the British army and had been brought to Gibraltar to live in the rock for 5 days in training.  He said he was dizzy when he say the sunlight again.  He came back to Gibraltar on a vacation and never left, he is now giving the guided tours.  He told us of all the tunnels in the rock we had only seen about 1% which showed us just how huge it is!

One of the things that really stuck out to me was that people still do work in the rock and the military still uses it.  Also military still goes to Gibraltar to practice tunnel fighting drills before they head off to war in Afghanistan!  I really enjoyed seeing the tunnels and hearing all the history behind everything. I would HIGHLY recommend visiting the World War II tunnels if you ever go to Gibraltar.  For more information go to their website and learn some more amazing facts! 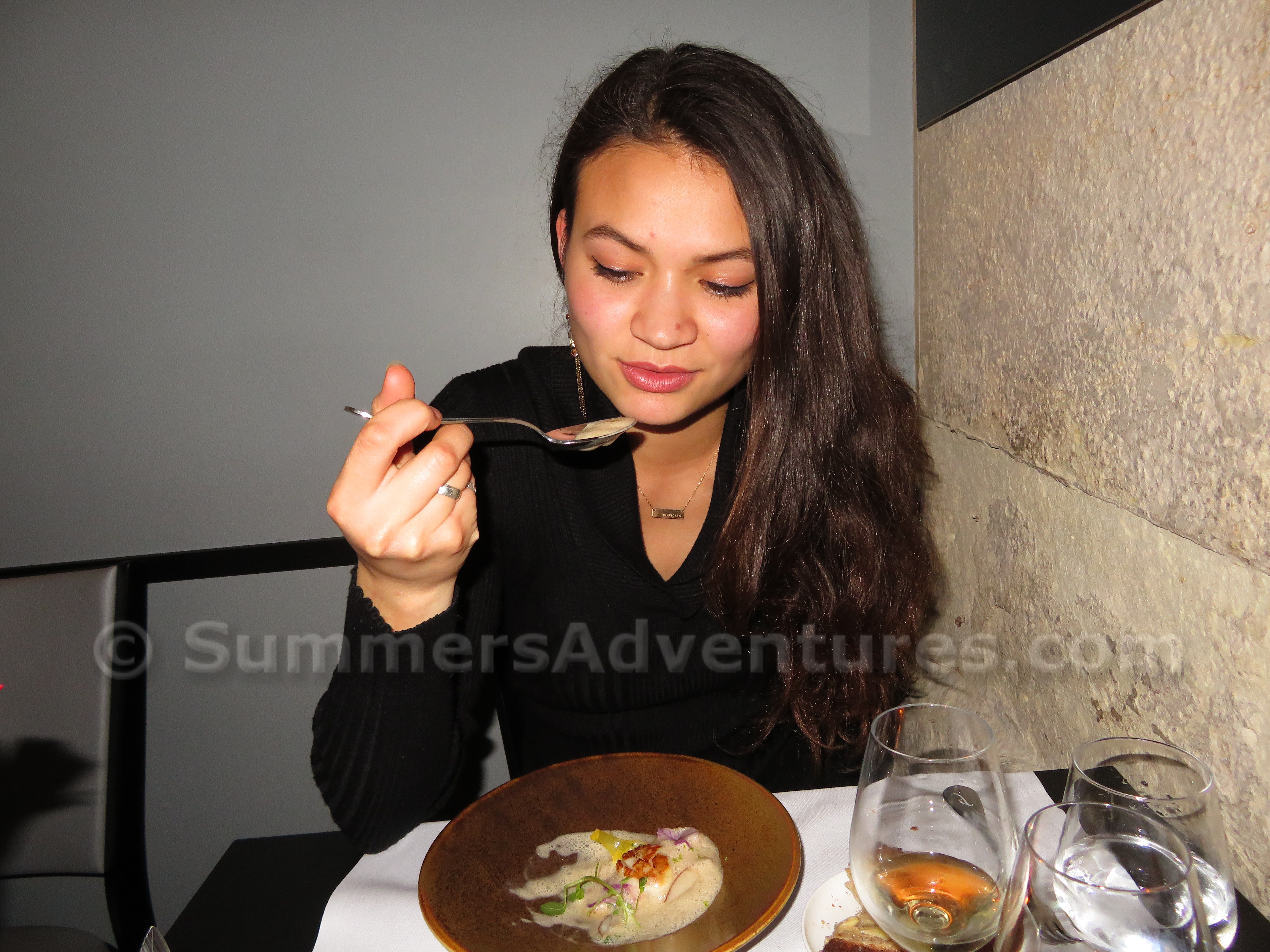